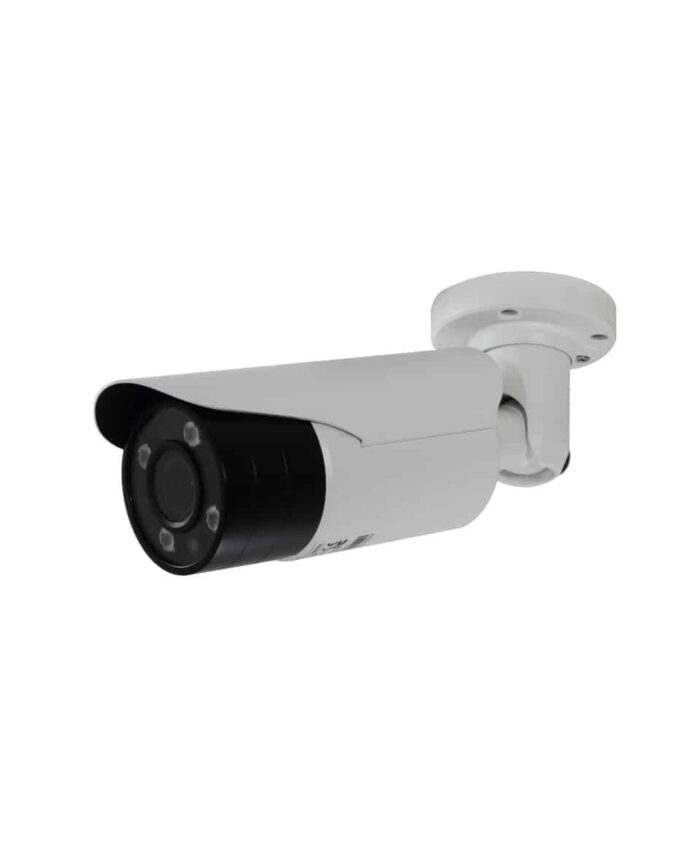 The CMBW138 is a 2.1 mega pixel bullet camera that will work with most DVRs. With the power and video cables there is also a pair of dip switches in a water tight block. By changing the switches, you can change the video format to either TVI, CVI, AHD or CVBS (analog). There are 4 Infrared LEDs to illuminate up to 80 feet in front of the camera at night or in dark rooms.

The CMBW138 also has a single screw adjustment feature that makes it much easier to install and aim the camera.

The base is a ball and socket type so tightening the base screw firmly holds the camera in place without it moving. (Other cameras that have 3 screws have to be tightened one at a time and this can throw off the aim.)

The CMBW138 has internal Zoom and Focus adjustments inside the camera housing. The front of the camera unscrews to reveal the lens and IRs. There are 2 small knobs on the side of the lens, loosen them slightly to allow

the knobs to move sideways. Once you have the camera focused, tighten the knobs and replace the cover. For best picture quality be sure not to get fingerprints on the lens or the inside of the front cover while handling the camera.

We have 4 cameras in this family, they all have the same Image Sensor but in different sizes and with different features.